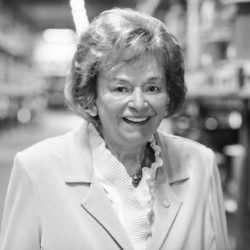 She was a fantastic businesswoman and made business history: Ursula Ida Lapp, founder of LAPP, died last Sunday at the age 90 in Stuttgart, Baden-Württemberg. "Our mother was the soul of the company. We will miss her terribly, both as a mother and as a wise advisor," says Andreas Lapp, Chairman of the Board of Read more about LAPP Group mourns Ursula Ida Lapp[…]