. Polarizer.io is a free and open software project dedicated to restoring the trusted role of the internet in civil discourse. The platform’s core feature is a radar map that gives a visual representation of opinion polarization regarding a specific topic. Dialogue ratings given by both participants of consensual one on one chats, determine the Read more about Polarizer – a platform for safe discussion of polarized topics – announces plan to offer NOH8 tokens[…] 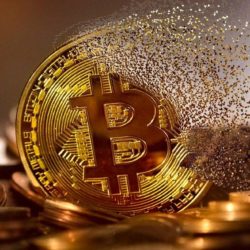 Bitcoin celebrates its 10th birthday. On October 31, 2008, the Bitcoin whitepaper was released. On May 22, 2010, the first purchase was made with Bitcoin. A seller was ready to deliver two pizzas for 10,000 Bitcoin. After today’s value, the two pizzas cost 56 million Euros. Behind Bitcoin Ethereum has placed itself as the most Read more about Happy Birthday, dear Bitcoin![…]